What you need to know about sudden cardiac arrest 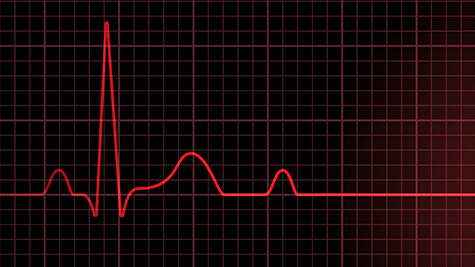 According to the American Heart Association’s most recent report, “Heart and Stroke Statistics — 2020 Update” there are more than 356,000 cardiac arrests that happen outside of the hospital setting each year in the U.S., with nearly 90 percent of them fatal.


October is Sudden Cardiac Arrest Awareness Month, so it is important to understand what it is, what warning signs to look out for and how best to respond.


Are a heart attack and sudden cardiac arrest the same?


While the terms heart attack and cardiac arrest are used interchangeably, there is a difference. A heart attack occurs when a blocked artery prevents blood from reaching a section of the heart. A heart attack can happen immediately and intensely, but symptoms typically start slowly and can persist for days or weeks.


While sudden cardiac arrest does happen abruptly and without warning, there are some symptoms to look out for. These include:

What should you do if you suspect sudden cardiac arrest?


While studies have shown sudden cardiac arrest has a 90 percent fatality rate, many cases are reversible if treated within minutes. If you suspect someone is suffering from sudden cardiac arrest because they are unresponsive and not breathing or breathing abnormally, call 911. While you are waiting for an emergency response, administer cardiopulmonary resuscitation (CPR). Push down into the center of the chest at least two inches at a rate of 100 to 120 pushes per minute. Continue to do so until breathing resumes or emergency responders take over.


If there is an automated external defibrillator (AED) available, use one as soon as possible. Death from sudden cardiac arrest occurs because a person requires defibrillation within four to six minutes of the event.


If CPR and AED methods were administered, survival rates could triple in sudden cardiac arrest cases. That is why it is important local institutions carry AEDs and laypeople learn how to administer CPR.


For more information on cardiovascular care at Nuvance Health and The Heart Center, visit: nuvancehealth.org/heartcenter


Dr. Sankar Varanasi is a cardiologist-electrophysiologist with The Heart Center, a division of Hudson Valley Cardiovascular Practice, P.C., now part of Nuvance Health.