Man with strong family history of prostate cancer overcomes it, thanks to early detection and advanced treatment 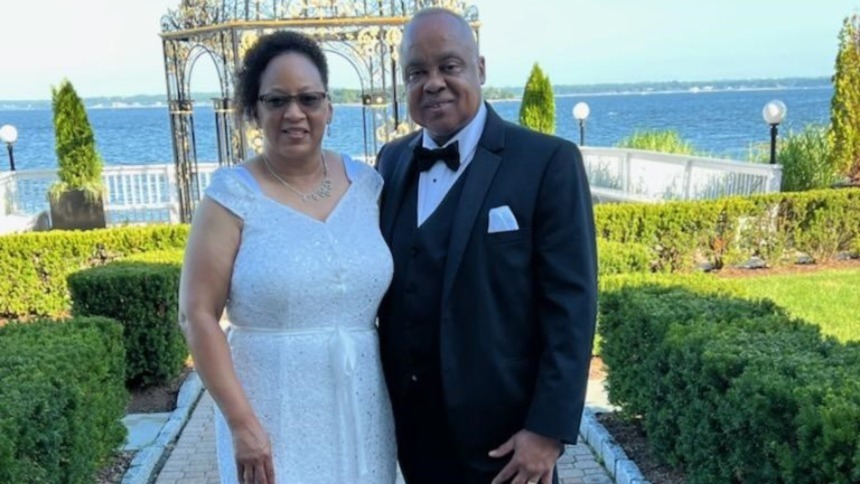 When Ainsworth (Max) McFarlane found out he had prostate cancer, he thought, “Well, I guess it’s my time now.”

Max’s dad unfortunately died from prostate cancer. The cancer was an advanced-stage when he was diagnosed in the early 1990s.

Max started having prostate cancer screenings when he was in his 40s because of his family history. He had annual wellness exams with his primary care provider and blood work to monitor the prostate-specific antigen (PSA) in his blood.

Getting diagnosed with prostate cancer

In August 2021, Max had an annual primary care checkup and routine blood tests. The blood tests showed his PSA levels were elevated. Elevated PSA levels may indicate prostate cancer, but additional testing is needed to diagnose or rule it out.

“At first, it was emotional for me to find out I had prostate cancer. But, I felt equipped to deal with it because I saw what happened in my family. I focused on finding the right doctor and treatment to take care of it,” said Max, who is 61-years old and lives in Norwalk, Connecticut.

“Dr. Gilbo impressed me on day one. He spent a lot of time with me,” said Max. “I never expected him to give me so many treatment options. He opened my mind to all the possibilities and gave me a clear path forward.”

“We ultimately decided that prostate SBRT was the best possible option for me,” said Max.

“Prostate SBRT was very interesting to me because my brothers both had 25 radiation treatments,” said Max.

In addition to his brothers’ experiences, Max thought about his dad. He took care of his dad when he had prostate cancer, including taking him to treatments.

“Seeing my dad endure prostate cancer was one of the hardest times in my life. My dad was physically a strong man. It was difficult to see how he was hindered by cancer,” said Max. “He went to the doctor several times a week. He had chemotherapy and radiation therapy. He could barely function because he was in so much pain,” said Max.

“I reassured my wife and four daughters that everything was going to be okay,” said Max, who also has a granddaughter.

Max did not take any time off from work and did not miss anything because of radiation therapy.

Max works for the City of Stamford as the web master for the government and public schools. He is also chair of the board of deacons at Macedonia Church in Norwalk. He is used to working long hours between his IT job and the church.

“I did not feel hindered because the cancer was caught early,” said Max. “I had been working from home because of the COVID-19 pandemic. I could get to Norwalk Hospital in 10 minutes after leaving my house. Then, I was able to resume my normal workday after treatments.”

Before his diagnosis, Max had planned a cruise with his wife and two of his daughters. He was on a cruise ship sailing in the southern Caribbean a week after finishing radiation treatments.

Today, Max said he will probably feel anxious about getting future PSA results, but he physically “feels great.”

Max said he is not going to panic about his future. Instead, he is focusing on his faith, achieving fitness goals and continuing his commitment to annual wellness exams.

“You never know what might happen in your life, or what others are going through. I encourage everyone to treat others with love and respect,” said Max.

Disclaimer: Cancer treatments outcomes vary from person to person. No individual results should be seen as typical.