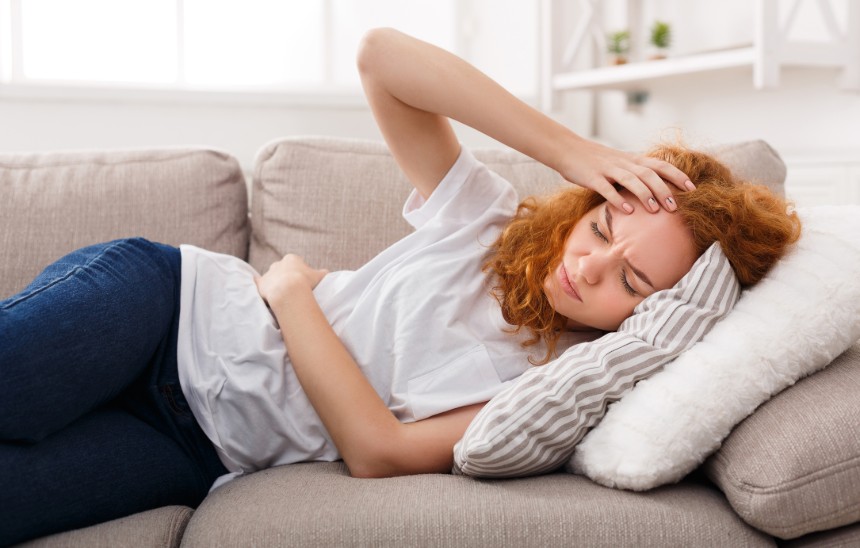 Former California resident gets migraine care back on track after relocating to New York, and receives unique opportunity to participate in a clinical trial


For many years, Ashley*, 51, lived with what she thought was sinus pain and ear, nose, and throat issues. About five years ago and living in San Francisco, California, she knew something was not right when she fainted after seeing a movie with strobe lights and experienced vertigo and pain that lasted for weeks afterward.

After seeing a neurologist at the University of California San Francisco (USCF) Medical Center, Ashley was finally diagnosed with vestibular migraine with aura that was triggered by motion, strong smells including cigarette smoke and perfumes, and strobe lights. After trying several migraine medications and experiencing severe side effects, Ashley began to receive botulinum toxin injections and nerve blocks at UCSF Medical Center.

“I vomited with every single migraine medication, so then I tried botulinum toxin injections and nerve injections,” said Ashley. “That protocol worked for me.”

But when Ashley — who grew up in New England — had the opportunity to move to the New York area, she was worried that she would not be able to find the migraine care she needed.

“I did not want to leave San Francisco because I was nervous about finding a migraine doctor, but I was ready to move back to the East Coast,” said Ashley.

Do you suffer from migraines? Request an appointment with a neurologist at Nuvance Health.

Moving from California to New York

Ashley ultimately decided to return to the East Coast, but she did not resume her migraine care right away.

“I had been without my injections for a full summer,” said Ashley. “Then, I was driving and saw a sign for a neurology practice,” said Ashley.

The sign Ashley saw turned out to be for Nuvance Health Medical Practices Neurology in Kingston, where the Director of Headache Medicine at the Nuvance Health Neuroscience Institute, Dr. Hida Nierenburg, practices. Ashley decided to give the practice a call. 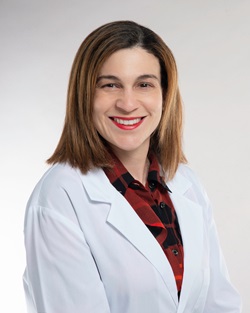 “I met with Dr. Nierenburg, and she hugged me and spent an hour talking to me and taking tons of notes,” said Ashley.

During her first appointment, Ashley discovered that her previous neurologist at UCSF Medical Center is good friends with Dr. Nierenburg’s mentor — a remarkable coincidence that helped to put Ashley at ease. Ashley was also pleased to learn that Dr. Nierenburg offered similar treatment options to what she was receiving in California.

“It meant so much to me because Dr. Nierenburg had a connection with my doctor at UCSF, so I felt like I was in great hands,” said Ashley. “Now, I am on an incredible protocol, similar to my treatment when I lived in San Francisco.”

Dr. Nierenburg completed her fellowship in headaches at Mount Sinai Roosevelt Headache Institute in New York City, and her residency in neurology at Georgetown University Hospital in Washington D.C.

Do you want to learn more about migraines, headaches and facial pain? Go here.

After Ashley decided to resume her migraine care with Dr. Nierenburg, she received another life-changing opportunity. Dr. Nierenburg told Ashley that she was a candidate to participate in a clinical trial of a non-invasive electrical neuromodulation device called Nerivio.

Nerivio stimulates the peripheral pain fibers in the upper arm using electrical pulses to reduce migraine pain, and can be used as an alternative to medication for certain patients. Nerivio is already approved by the U.S. Food and Drug Administration (FDA) to treat acute migraine. The purpose of the clinical trial was to find out if Nerivio could also effectively treat chronic migraine.

Nuvance Health was one of the first sites in the United States to participate in the Nerivio clinical trial, making it a truly unique chance for Ashley to try out the new treatment option. And just as she did with her cross-country move, Ashley decided to go for it.

“I was in the Nerivio clinical trial, and it changed my life,” said Ashley. “The device was straightforward to use, and it cut down my migraines by half.”**

With fewer migraine days, Ashley had improved her quality of life

Ashley said that the treatment she now receives — combined with the quality of care — has reduced the severity and length of her migraines.

But despite Ashley’s successful treatment, she still has to avoid her migraine triggers. For example, Ashley avoids going to the movies and being around people who wear strong perfume. She also has to be careful to avoid motion sickness by either driving or riding in the front seat of a car.

“Sometimes, I do not feel well and have some vertigo and cannot participate in social events,” said Ashley. “Migraine has impacted my life somewhat, but I accept that now because I am in less pain.”

Because Ashley spent many years in pain and still worries about experiencing vertigo, she also takes a low dose of antidepressant as part of her treatment protocol.

“The combination of great care and my antidepressant made me able to enjoy my life,” said Ashley. “It also helps with vertigo.”

Overall, Ashley said the move to Nuvance Health has been “great.” She also said she appreciates the friendly atmosphere and staff in Dr. Nierenburg’s office, as well as the office’s convenient location.

“I knew the quality of care I was looking for, and I found it in New York,” said Ashley. “When I go into Dr. Nierenburg’s office, I feel well-cared for.”

*The patient’s name has been changed to protect her privacy.

Dr. Hida Nierenburg is double-board certified in neurology and headache medicine. She completed her fellowship in headaches at Mount Sinai Roosevelt Headache Institute in New York City, and her residency in neurology at Georgetown University Hospital in Washington D.C. Dr. Nierenburg is at the forefront of migraine treatment and can discuss advances with electroceuticals and infusion therapy.  Book an appointment online with Dr. Nierenburg.

If you get migraines or headaches, you are not alone! Millions of Americans suffer with headache disorders that affect their quality of life. Dr. Nierenburg is leading a support group for people with headache or migraine concerns. The support group meets remotely at 5:30 p. the last Monday of each month. To register, call 845-214-1922. There is no cost to register.