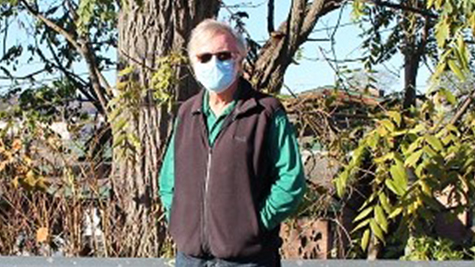 In September, Rhinebeck resident William Carroll began to feel some mild discomfort in his neck. Not one to delay his healthcare, Carroll, 78, promptly made an appointment with his primary care physician, where he found out upon ultrasound that his right carotid artery was about 70 percent blocked.


Upon consultation with his colleagues, vascular surgeons Dr. Erion Qaja and Dr. Mohamed Elsagga, the team agreed Carroll was a perfect candidate for a transcarotid artery revascularization (TCAR), a less-invasive surgical procedure that places a stent in a carotid artery narrowed by plaque buildup.


“This is a real innovation in the management of carotid artery disease and stroke prevention,” Spirig said.


Carotid artery disease causes more than half of all strokes in the U.S., according to the National Heart, Lung and Blood Institute.


On Friday, Oct. 23, Carroll was one of the first patients to undergo TCAR at Vassar. He was discharged the next day.


“Overall, it went very well,” Carroll said, two weeks after his procedure. “The team impressed me. They went out of their way to make sure I was OK and that I had a good understanding of what I was going through.”


During TCAR, blood flow is temporarily reversed so small pieces of plaque that may break off during the procedure are diverted away from the brain. TCAR has been clinically proven to reduce the risk of stroke, according to multiple studies, including one published in the Journal of the American Medical Association (JAMA) in December of 2019.


“This procedure minimizes the risk of stroke during the perioperative period,” Spirig said. “Furthermore, the procedure is done through a tiny incision that has been shown to reduce the risk of bleeding and nerve injury.”


Carroll is feeling well, he said, and is looking forward to getting back to golfing and skiing.


“No surgery is desirable, but I would have no hesitancy telling someone I recommend it, if you qualify,” he said.