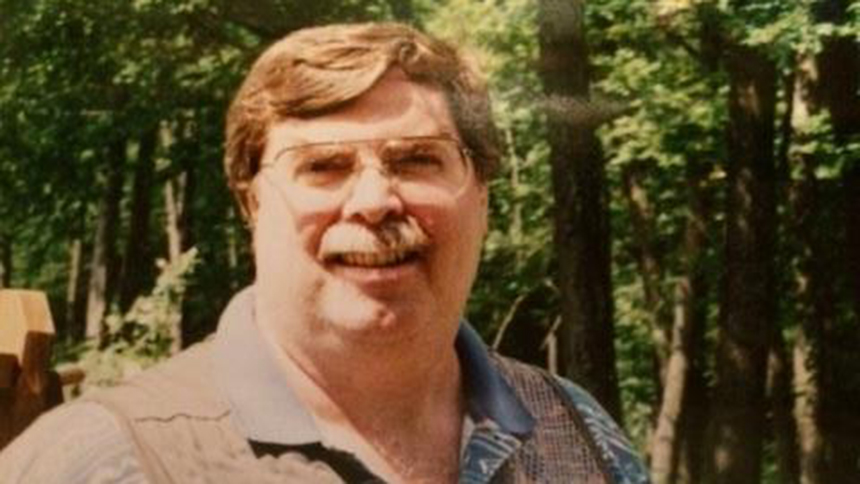 Raymond (Ray) Scoggins of Norwalk, Connecticut has lived an active and full life. Retired now, he built a successful career as an executive recruiter and traveled the country in the process. He and his wife of 46 years, Sue, love to travel to their second home they built in Nova Scotia, Canada, and they are proud parents and grandparents.

But the 74-year-old paused when routine lab work that his doctor ordered at his annual physical exam showed elevated prostate-specific antigen (PSA) in his blood. Elevated PSA levels could indicate prostate cancer. Additional testing is needed to diagnose or rule out prostate cancer because other conditions, such as a urinary tract infection, can affect PSA levels.

Sue’s dad died from prostate cancer 15 years ago, which made the couple even more concerned about Ray’s prognosis.

“I felt apprehensive,” said Ray. “I raised my eyebrows and said, ‘Okay, let’s go forward and find out what we have here.’”

Ray’s urologist recommended a full body CT scan to see if the cancer had spread to other parts of the body, which thankfully it had not.

“I was relieved to know the cancer hadn’t spread,” said Ray. “I went out and bought a bottle of wine!”

“I felt healthy as a horse,” said Ray.

Prostate cancer patients who meet criteria for accelerated hypofractionated radiation therapy can complete treatment in five days and achieve the same or better results, compared to 25 to 45 treatment sessions over five to nine weeks with conventional radiation therapy.

Accelerated hypofractionated radiation therapy safely delivers high doses of radiation during each treatment session. The radiation beams precisely target the prostate cancer and spare nearby healthy tissue to reduce the risk of side effects such as urinary incontinence and impotence.

Sue researched accelerated hypofractionated radiation therapy and found that “the difference between what is available now compared to when my dad had prostate cancer is truly amazing.”

“I wanted to get the treatment done faster,” said Ray.

They reviewed possible side effects and nutrition guidelines with Ray’s care team and scheduled his first session.

Ray said each treatment session only took about 15 minutes, and he had a positive experience every time thanks to the radiation oncology team.

His radiation therapy technicians briefed him on what to expect each day of treatment. They made a plastic mold of his pelvis at the first treatment session to make sure his position was consistent at each subsequent session. While Ray’s selection of Broadway show music played in the background, a machine circled his pelvis to deliver the radiation.

“I didn’t really feel anything,” said Ray. “I just shut my eyes and listened to the music.”

After five days, his treatment was done. He got a certificate of completion from the cancer center.

Ray Scoggins’ certificate celebrating that he completed his treatment

Ray is currently cancer-free and said he “feels great.”

“I’m thankful to all of my doctors and the entire radiation oncology team at Norwalk Hospital.”

Ray continued, “The team made me feel phenomenally comfortable. I have nothing but kudos to say to all of them.”

Ray will have follow-up appointments with his urologist to check his PSA levels every six months.

Having gone through the prostate cancer journey from start to finish, Ray is now an advocate for early screening and treatment.

“To men who are 60 years of age and older: have yourself checked out. Don’t be a wimp — you may not know you have something that can be caught early and treate,” said Ray.

“I’m so proud of my husband for being proactive,” said Sue.

Ray is enjoying life. He has lunch with his friends every Monday and Wednesday, and he is passionate about preserving wetlands and wildlife. He was on the board of directors of Ducks Unlimited, Inc. and Ducks Unlimited Canada, the largest conservation organization in the United States and Canada.

Ray is also looking forward to some good old fun as well.

“I’m going to run the pelvis mold up the flagpole and host a pelvis party at my home in Nova Scotia,” said Ray.

Disclaimer: The outcome of treatment for cancer will vary from person to person. No individual results should be seen as typical.