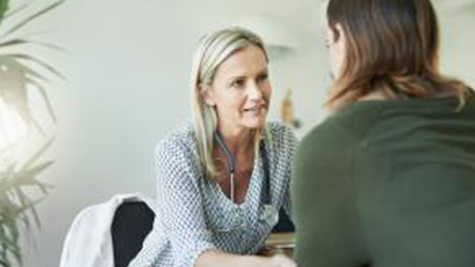 Danbury Hospital opened a clinical trial to study if a new investigational DNA-based immunotherapy (VGX-3100) can effectively treat a precancerous cervical cell abnormality called high-grade squamous intraepithelial lesion (HSIL) and clear strains of the human papillomavirus (HPV) that have been linked to an increased risk of cervical cancer. Danbury Hospital is currently the only site in Connecticut participating in the REVEAL 2 clinical trial, and is one of 45 approved sites across eight countries.


The REVEAL 2 clinical trial is a Phase III global study. Researchers have already determined that VGX-3100 is safe through a previous Phase IIB study. Now, researchers want to determine if the medicine is effective.


If the results of the REVEAL 2 clinical trial show that VGX-3100 is effective, there may be a new non-invasive treatment for HSIL; meaning, women will be able to get the medicine rather than have the precancerous cells removed during an invasive surgical procedure, which is currently the standard treatment for HSIL.


Patients who are enrolled in the clinical trial at Danbury Hospital will see Dr. Linus Chuang, principle investigator, about 12 times during the clinical trial period, which is 40 weeks. Dr. Chuang is a chair of obstetrics and gynecology (OB/GYN) at Nuvance Health, and a world-renowned gynecologic oncologist and surgeon.


Gynecologists and primary care providers should contact Danbury Hospital when they identify patients who may meet enrollment criteria based on Pap smear and colposcopy results. Women with HSIL can also contact Danbury Hospital directly. HSIL is also referred to as moderate or severe cervical intraepithelial neoplasia (CIN) or cervical dysplasia. There is no limit to the number of patients that can be enrolled.


To learn more about the REVEAL 2 clinical trial: