Cardiac patient warns against delaying care due to COVID-19 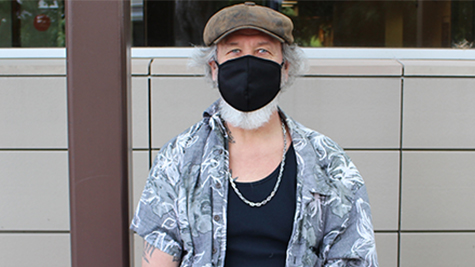 Arthur Piebes has a cautionary tale about delaying care during the COVID-19 pandemic.


At the height of the crisis, Piebes began experiencing symptoms of atrial fibrillation, an irregular and often rapid heart rate that can lead to blood clots, stroke, heart failure and other complications.


“I should have gone to the hospital a lot earlier, but because of COVID I waited,” he said.


It wasn’t until June 5 when he could hardly breathe that he went to a local hospital near where he lives in Hawley, Pennsylvania. But while hospitalized, on June 9, he suffered a stroke. His doctors wanted to send him to a hospital in Scranton, but Piebes refused.


“I told them ‘all my doctors are in Poughkeepsie; that’s where I’m going,’” he recalled, referring to his physicians at The Heart Center, a division of Hudson Valley Cardiovascular Practice, P.C., now part of Nuvance Health.


Piebes moved to Pennsylvania last year from Wappingers Falls. Despite the more than 90-minute travel to Poughkeepsie, he continues to be a faithful patient of The Heart Center. He had a heart attack in 2010, and cardiologist Dr. Simon Gorwara, he said, saved his life. Over the years, he has seen various doctors with The Heart Center.


“I have a very warm spot in my heart for these people,” he said of The Heart Center team. “When someone saves your life, you have affection for them. I have all the faith in the world in them.”


Gorwara said he’s glad the team has been there for Piebes when he’s needed them over the years.


“I remember Arthur well. From the moment he came in with his heart attack, even though he was in pain, he managed to crack a joke. He has always been thankful and appreciative of our efforts and never failed to keep his appointments,” Gorwara said. “Even when he moved to Pennsylvania, he insisted that he have his ongoing cardiac care with us — which we are happy to provide.”


Because of his stroke, Piebes is now seeing a Nuvance Health neurologist and will continue to receive care from The Heart Center to get his atrial fibrillation under control, he said.


While there have been changes to medical visits in the wake of COVID-19, Piebes said he continues to feel safe at The Heart Center.


“I shouldn’t have waited, but I’m in good hands now,” he said. “I’m very comfortable with all of them.”